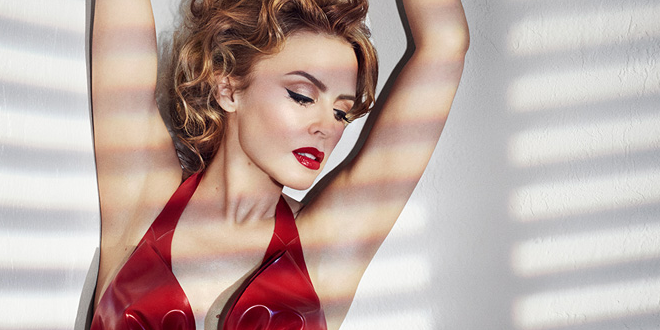 In a new interview with Rolling Stone, Kylie Minogue has confirmed that the next single from her new album, Kiss Me Once, will be the Pharrell Williams produced “I Was Gonna Cancel”.

Speaking about working with Pharrell, Kylie said: “I was really excited, because I would have loved to have worked with him years ago, so the time was meant to be for this album. It was interesting — I had a meltdown on day two in the studio, but that gave way to a fantastic song ["I Was Gonna Cancel"], which will be my second single.”

Kylie also revealed plans to release a total of four singles off Kiss Me Once. When asked if “Beautiful,” which features Spanish crooner Enrique Iglesias, was going to be a single, Kylie replied: “We’re hoping that’ll be a single as well. I hope we have four singles from the record — that’ll be amazing. “Kiss Me Once” is a contender as well.”

Kiss Me Once was released in America on March 18th. The LP peaked number thirty-one with first week sales of 12,000 copies, making it Minogue’s third highest charting album on the Billboard 200.