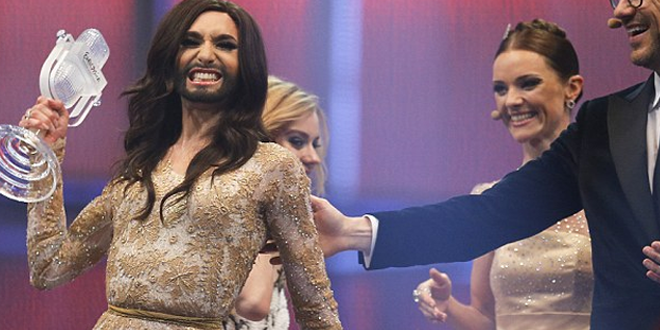 Following her magnificent performance of “Rise Like a Phoenix,” 25-year-old singer Conchita Wurst has won the Eurovision Song Contest 2014 for Austria with a score of 290. Conchita, the alter ego of Thomas Neuwirth, won the competition, which was staged in Copenhagen, in front of a viewing audience of around 180 million people in 45 countries. The Netherlands’ The Common Linnets finished in second place, and Sweden’s Sanna Nielsen was third.

Following her impressive win, Wurst said, “This night is dedicated to everyone who believes in a future of peace and freedom. You know who you are — we are unity and we are unstoppable.”

Because of her unique appearance, Conchita has been a lightning rod for homophobic and transphobic attacks. This negative attention has had little impact on Conchita. “I can only say thank you for your attention. If this is only about me and my person, I can live with it,” Wurst recently told The Associated Press. Watch Conchita’s stunning performance of the Bond-like-theme ballad “Rise Like a Phoenix.”