Lily Allen Performs “Our Time” Live On The Today Show 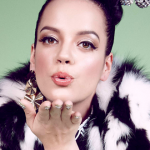 British pop star Lily Allen stopped by The Today Show to perform the song “Our Time” from her just released new studio album, Sheezus. The album, her first since her musical hiatus in 2009 after the release of second studio album It’s Not Me, It’s You, features production from Greg Kurstin, Shellback and DJ Dahi. You can download the LP ... Read More » 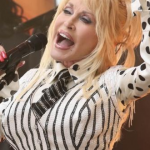 Sophie Ellis-Bextor Performs “Nobody Does It Better” Live

Sophie Ellis-Bextor stopped by the Chris Evans Breakfast Show to give a fantastic performance of the song “Nobody Does It Better.” The song was originally recorded by iconic singer/songwriter Carly Simon as the theme song for the 1977 James Bond film The Spy Who Loved Me. Sophie was joined by English singer-songwriter and producer Ed Harcourt, who produced her latest ... Read More »

As I mentioned yesterday, Sarah McLachlan will release a new studio album titled Shine On on May 6, 2014 via Verve Records. Sarah stopped by NBC’s The Tonight Show with Jay Leno to perform “Beautiful Girl,” a gorgeous new song from the forthcoming album. To view Sarah’s fantastic performance of “Beautiful Girl”, skip to 36:42 in the video below. If you missed the ... Read More »

The Crystal Method & Dia Frampton Perform “Over It” Live

As I mentioned a few months ago, iconic electronic music duo The Crystal Method, Ken Jordan and Scott Kirkland, is back with a new single titled “Over It,” which features the heavenly vocals of Dia Frampton,  who you may remember as a contestant on season two of “The Voice”. The Crystal Method & Dia recently stopped by KCRW’s Morning Becomes ... Read More »

Broadway’s original Dreamgirl Jennifer Holliday, best known for her 1982 single “And I Am Telling You, I’m Not Going,” stopped by the Steve Harvey Show to perform a stunning rendition of Etta James’ iconic song “At Last.” The cover of “At Last” is featured on Holliday’s forthcoming album, The Song Is You, which will be released on January 21, 2014 ... Read More » 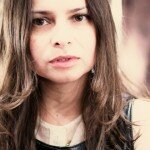