Sia stopped by The Ellen DeGeneres Show to perform her fantastic new single “Chandelier.” For the live performance, Sia was joined by “Dance Moms” star Maddie Ziegler, who also stars in the official music video. The track, which was written by Sia and Jesse Shatkin and produced by her longtime collaborator Greg Kurstin, along with Shatkin, is the first single from ... Read More »

Kylie Minogue, Sia Support Self-Evident Truth’s “We Are You” Campaign

Pop superstar Kylie Minogue is one of the many celebrities putting their support behind a fantastic new campaign called “We Are You.” New York based artist and activist iO Tillett Wright, who founded the effort, is hoping to capture photos of 10,000 queer Americans for an eventual art installation in Washington. The purpose of the campaign is to “humanize a ... Read More »

Jennifer Lopez will release her as-yet untitled studio album on June 17, 2014 via Capitol Records. Speaking about the album, which will feature contributions from Diplo, Sia, Harmony Samuels and Pitbull, Jennifer says, “My topic has always been love. Love in a fairy-tale kind of way [and] praying and wishing for that.” Adding: “After all these years, I’ve learned that ... Read More »

Win a copy of “Chandelier” from Sia!

Australian pop singer Sia has released her fantastic new single, “Chandelier”, on iTunes! Although Sia is best known for penning hits for some of the biggest names in music, including Kylie, Christina, Katy Perry, Britney, and more, “Chandelier” not only has the potential to help her music reach a larger audience, it’s also a testament to what a well-rounded artist she really ... Read More »

Always one to reveal just enough to get you excited, Australian pop icon Kylie Minogue has released a teaser for her forthcoming album, Kiss Me Once, via Youtube.  The album, which is out in the UK on March 17th and a day later in America, features the lead single, “Into The Blue”, as well as a collaboration with Spanish crooner ... Read More »

I know I am a few days late in posting this news, but I have been under the weather the past couple of days…so I am playing catch up! Anyway, Kylie has premiered the music video for her new single, “Into The Blue,” which is out right now on iTunes. The clip that accompanies the single was directed by Dawn ... Read More »

Spanish crooner  Enrique Iglesias has revealed that he’s in talks with Kylie Minogue about filming a music video for their new duet “Beautiful.” Speaking with Capital Breakfast about working with Kylie on the song, Enrique said: “We’re actually planning the video. We were talking about it last night. The cool thing about this duet that we did, it wasn’t really planned. ... Read More »

Australian pop icon Kylie Minogue has revealed the tracklisting for her forthcoming studio album, Kiss Me Once. The album, which is out in the UK on March 17th and a day later in America, features the lead single, “Into The Blue”, as well as a collaboration with Spanish crooner Enrique Iglesias on the song “Beautiful.” Kiss Me Once, Kylie’s 12th ... Read More » 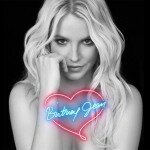 As the genre’s leading female vocalist for well over a decade, it’s hard not to have high expectations for a new Britney Spears’ record. That being said, in retrospect, the news that Britney’s new album, Britney Jean, featured will.i.am acting as executive producer should have served as fair warning; but I was willing to overlook this when I heard she ... END_OF_DOCUMENT_TOKEN_TO_BE_REPLACED

In an interview on Capital Radio’s breakfast show just hours ago, Britney revealed the title of her new studio album: Britney Jean. “It’s a personal album, and all my family, they always call me Britney Jean,” Britney explained. “It’s like a term of endearment, and I just wanted to share that with my fans.” For the LP, which finds Brit Brit ... Read More »