Lana Del Rey has revealed that she received no enjoyment from the success of her 2011 single “Video Games.” In a new interview with The Guardian, when asked how long she enjoyed the success of the song, Lana replied, “I never felt any of the enjoyment. It was all bad, all of it.” Although “Video Games” wasn’t a commercial success ... Read More »

Christianoshi, a London-based pop artist whose sound has been drawing comparisons to the music of Depeche Mode, Erasure, Soft Cell and Pet Shop Boys, is gearing up for the release of his new single, “Trust.” After hearing his new single earlier in the week, I wanted to learn more about this interesting pop artist. Growing up, Christianoshi says his musical ... END_OF_DOCUMENT_TOKEN_TO_BE_REPLACED 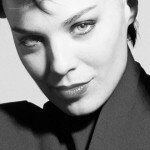 Don’t call it a comeback, because Italian vocalist Gala never really went away. A singer/songwriter known for her world-wide smash “Freed From Desire,” Gala recently released a fantastic new single titled “Taste of Me,” which comes with an extraordinary remix package with mixes from Almighty, Hoxton Whores and Starkillers. Make no mistake about it, Gala is more than just a run-of-the-mill pop singer. ... END_OF_DOCUMENT_TOKEN_TO_BE_REPLACED

A few days ago, I was introduced Los Angeles based electro-pop duo FatherTiger (Greg Delson and John Russell), and I have quickly become a massive fan. If you tried to describe the Father Tiger sound, you might find it difficult to place it in one single genre. “Our sound is best described as “up-tempo, modern-day, indie synthpop”.  We often get asked who ... END_OF_DOCUMENT_TOKEN_TO_BE_REPLACED

Out electronic/pop singer and songwriter SIRPAUL has released his infectious new single “Body Connection”. The song is taken from the talented singer’s forthcoming album, The Horse, out April 3, 2012. Allure of Sound was able to catch up with the SIRPAUL to discuss, among other things, his musical inspirations, being an out artist and his new album. A catchy blend ... END_OF_DOCUMENT_TOKEN_TO_BE_REPLACED

After being placed in the Top 15 of the BBC’s Sound of 2011 list, Nero, aka North West London producers, remixers du jour, DJs and artists Dan Stephens and Joe Ray,  have had a constant presence in the music world. The duo not only recently released their debut album, Welcome Reality, to rave reviews, they also produced the No. 1 single ... END_OF_DOCUMENT_TOKEN_TO_BE_REPLACED

Catching Up With Colton Ford

For most of my readers, Colton Ford will need no introduction. As one of the most well-known names to come out of gay adult film, Colton Ford starred in several successful films over a brief period of time, but music has always been where his heart is. While other artists find the transition from the adult film industry to pop music to ... END_OF_DOCUMENT_TOKEN_TO_BE_REPLACED

German music icon Nina Hagen, often called “The Mother Of Punk,” is gearing up for the release of her fourteenth studio album,Volksbeat. The album, which is slated for release on November 11, 2011, features production work from Peter Schmidt and Peter Hinterthür and marks her first all German album since the 80s. Nina, who is an avid fighter for human rights, ... END_OF_DOCUMENT_TOKEN_TO_BE_REPLACED