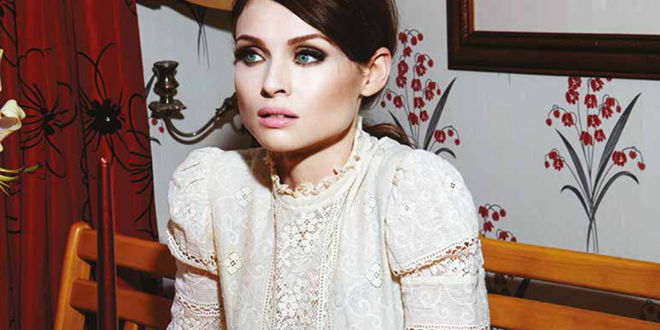 It’s been a minute or two since we first heard the demo version of the new Sophie Ellis-Bextor single, “Young Blood.” But now we have it in all its polished glory! For her new single, Sophie takes off her dancing shoes in favor of something more refined and sophisticated. So, does this drastic shift in musical direction work for Sophie? Yes. “Young Blood” is perhaps the most perfectly constructed single she has released over her marvelous career.

It’s the attention to detail that makes “Young Blood” so incredible. When Sophie dials back slightly and sings, “You give me young blood. It’s coursing through my veins, it’s real love,” you believe every word she utters. There’s no detachment from the lyrics here; the feelings and emotions are sincere and heartfelt. I can’t think of another song that captures the wonder of love more perfectly, and Sophie’s breathless delivery suggests that she might be even more surprised by that revelation than anyone.

The song is not especially catchy and it’s not bolstered by aggressive production like most of the music you’ll hear today, but those missing elements only make “Young Blood” even more passionate, poignant and enjoyable. Human beings have an astounding capacity to express love in many different ways. Oftentimes, love is shown through looks, touches, gestures, and sometimes music. “Young Blood” serves as a beautiful reminder of just how powerful music can be. It’s a reminder that we shouldn’t take anything for granted; especially love.

“Young Blood” is the lead single from Sophie’s forthcoming studio album, Wanderlust, which will be released globally on January 20, 2014 via iTunes. Speaking about the album, Sophie says: “…this album is unlike anything I’ve made before, really. In the past I’ve made songs with different people and so there’ll be different producers. I suppose this one has been more how they used to make albums. It’s just great musicians playing it as we go. Most things were done in just a handful of takes.” If “Young Blood” is an indication of what Sophie has in store for us on Wanderlust, we’re in for something pretty extraordinary.